We have access to a theatrical costume warehouse that allows us to rent items of apparel from their inventory. Upon being commissioned to paint another Captain Morgan Spiced Rum advertising campaign, Don rented a costume that was the closest in styling to the label art design. Unfortunately, the stage actor for whom the clothing was originally made was of a very slight build and Janny was the only person available who was of the same proportions so, up the ladder she went. Since the character came from Don's imagination to begin with, the photo reference was used primarily as a guide for gesture, lighting, and drapery purposes. 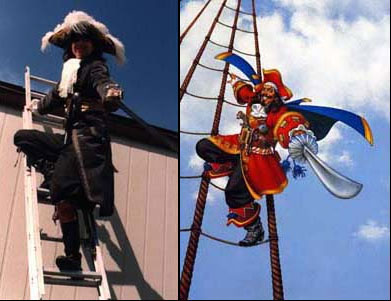 The same costume warehouse has been a valuable resource for Janny's cover paintings as well. Not having to sew costumes prior to a photo shoot is an immense time saver and these are made using leather and velvet that make for great textures and give an air of richness to the figures. We have an array of costume swords, axes, pikes, and pistols that preform as props. We fill them with more authenticity using photography we have shot of the actual items from museums Janny took archery years ago and still has the equipment. Painting characters that exist only in the imagination allows for reference photos to be functional as a point of departure rather than and end result. Here is Don posed as Arithon for Janny's painting, "Exile Returned". 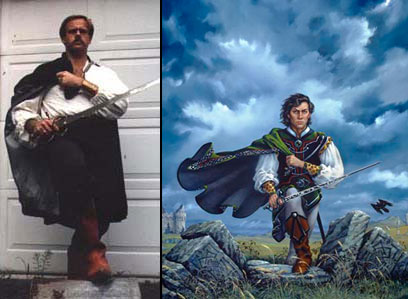 Here, Don is posing for the image on the paperback cover of Janny's novel, Warhost of Vastmark. 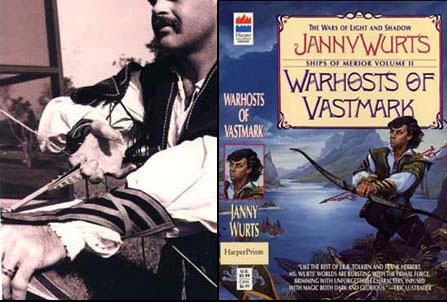