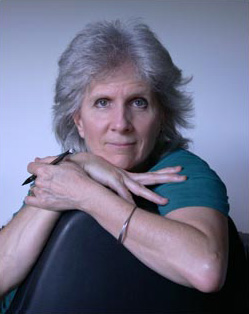 Janny Wurts is the author of nineteen novels and thirty-six short stories and novellas, including the internationally best selling Empire trilogy, co-authored with Raymond E. Feist. Her most recent title in the Wars of Light and Shadow series, Destiny's Conflict, culminates more than twenty years of carefully evolved ideas. The cover images on the books, both in the US and abroad, are her own paintings, depicting her vision of characters and setting.

Through her combined talents as a writer and illustrator, Janny has immersed herself in a lifelong ambition: to create a seamless interface between words and pictures that will lead reader and viewer into the imagination. Her lavish use of language invites the mind into a crafted realm of experience, with characters and events woven into a complex tapestry, and drawn with an intensity to inspire active fuel for thought. Her research includes a range of direct experience, lending her fantasy a gritty realism, and her scenes involving magic crafted with intricate continuity.

The seed idea for the Wars of Light and Shadow series occurred, when, in the course of researching tactics and weapons, she viewed a documentary film on the Battle of Culloden Moor. This was the first time she had encountered that historical context of that brutal event, with the embroidery of romance stripped from it. The experience gave rise to an awakening, which became anger, that so often, our education, literature and entertainment slant history in a manner that equates winners and losers with moral right and wrong, and the prevalent attitude, that killing wars can be seen as justifiable solutions when only one side of the picture is presented.

Her series takes the stance that there are two sides to every question, and follows two characters who are half brothers. One a bard trained as a master of magecraft, and the other a born ruler with a charismatic passion for justice, have become cursed to lifelong enmity. As one sibling raises a devoted mass following, the other tries desperately to stave off defeat through solitary discipline and cleverness. The conflict sweeps across an imaginary world, dividing land and people through an intricate play of politics and the inborn prejudices of polarized factions already set at odds. Readers are led on a journey that embraces both viewpoints. The story explores the ironies of morality which often confound our own human condition - that what appears right and just, by one side, becomes reprehensible when seen from the opposite angle. What is apparently good for the many, too often causes devastating suffering to the nonconformist minority. Through the interactions between the characters themselves, the reader is left to their own discretion to interpret the moral impact of events.

Says Janny of her work, "I chose to frame this story against a backdrop of fantasy because I could handle even the most sensitive issues with the gloves off - explore the myriad angles of our troubled times with the least risk of offending anyone's personal sensibilities. The result, I can hope, is an expanding journey of the spirit that explores the grand depths, and rises to the challenge of mapping the ethereal potential of an evolving planetary consciousness... explore free thought and compassionate understanding."

Beyond writing, Janny's award winning paintings have been showcased in exhibitions of imaginative artwork, among them a commemorative exhibition for NASA's 25th Anniversary; the Art of the Cosmos at Hayden Planetarium in New York; and two exhibits of fantasy art, at both the Delaware Art Museum, and Canton Art Museum. A self-taught painter, she draws directly from the imagination, creating scenes in a representational style that blurs the edges between dream and reality. She makes few preliminary sketches, but envisions her characters and the scenes that contain them, then executes the final directly from the initial pencil drawing.

In addition to being an author and artist, Janny is a musician (having won many awards as a bagpiper), an accomplished offshore sailor, and equestrian. She currently rides as a volunteer on the mounted team for Peace River K9 Search and Rescue Association. 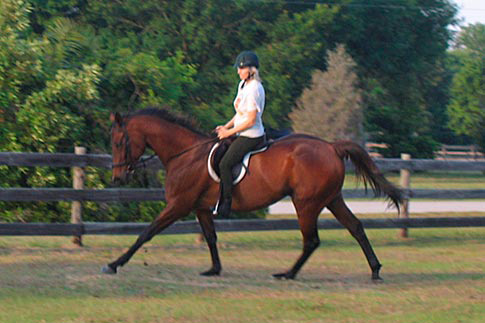