Destiny's Conflict by Janny Wurts is the long-awaited penultimate volume of the Wars of Light and Shadow series. It touches the grand depths of Athera's endowment, and delivers the thrilling finale of Arc IV, the Sword of the Canon.

War, blood, magic, mystery - and the most hidden powers of all will stand or fall on their hour of unveiling.

The Gallant by Janny Wurts is a novella in the Wars of Light and Shadow universe. Verrain is the celebrated gallant of Shand. When a web of conspiracy aimed at the throne makes him an unwitting target, Lisianne, least likely of women, steps up to salvage his fate.

Available exclusively as an e-book in the Maitz & Wurts Studio Shop.

Black Bargain by Janny Wurts is a short story in the Wars of Light and Shadow universe. Five years before the uprising, convicted smuggler, Toler sen Beckit, is granted a reprieve when Davien, the enigmatic Fellowship sorcerer, enlists him for a secret assignment to reveal a dark conspiracy among mankind's factions.

Available exclusively as an e-book in the Maitz & Wurts Studio Shop. 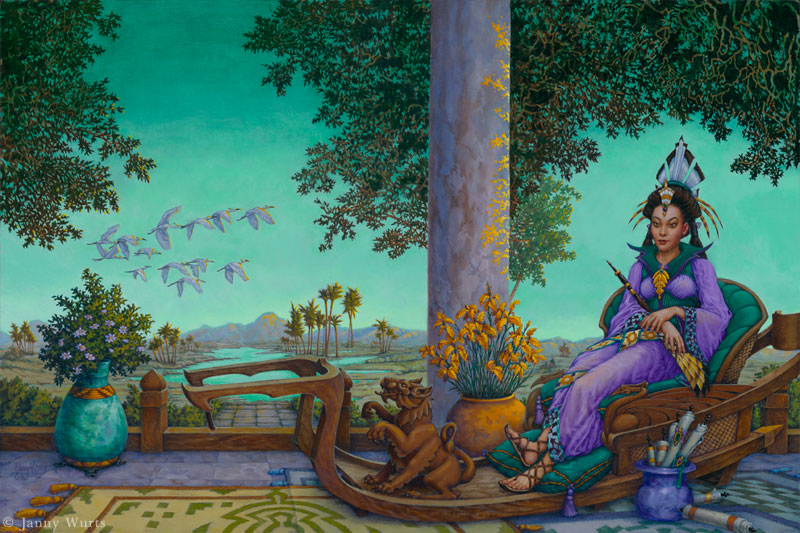 Don Maitz and I have contributed art to several of the novels in Raymond E. Feist's Riftwar universe. In our shared Riftwar album, you can see the original cover art and illustrations I created for Grim Oak Press' limited edition of Daughter of the Empire (which I also co-authored with Ray). 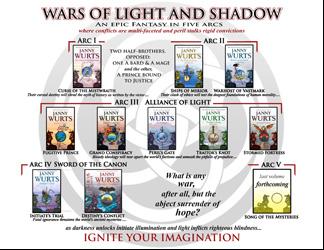 Download the Wars of Light and Shadows Roadmap to understand the Story Arc structure of the series. This navigation sheet shows how the individual books are grouped into Story Arcs, where each Arc hits a grand finale and finishes an inflection point. 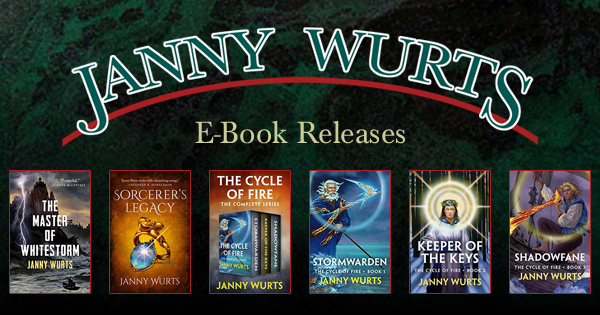 Five classics are now available in e-book format from Open Road Integrated Media: The Master of Whitestorm, Sorcerer's Legacy, and the Cycle of Fire (Stormwarden, Keeper of the Keys, and Shadowfane). Each novel features updated cover art, improved e-book layout, and carefully proofed text. The existing audiobooks for each novel are still available as well.

Widowed by a violent conquest, imprisoned as a spoil of war, spirited Lady Elienne encounters a formidable visitation inside her locked cell. A powerful, unknown sorcerer promises her a reprieve in trade for a precarious fate: safe transfer from her ruined duchy to another world, there to become chosen bride for the Prince of Pendaire. But the perilous bargain depends on her late husband's unborn child, with the defenseless infant birthed as threatened centerpiece in a deadly struggle to upset the succession.